Coming together for biosecurity

By The Hon. Luke Hartsuyker MP

Landcare and biosecurity go hand in hand. To protect and restore our environment, and improve the sustainability and productivity of Australian agriculture, it is important we have measures in place to manage the risks that biosecurity pests and diseases pose.

We have a world-class biosecurity system that manages those risks and are also fortunate to have farmers and Landcarers who understand the importance of effective on-the-ground biosecurity management.

I was pleased the theme for this edition of Landcare in Focus is ‘Biosecurity Management: Invasive Species, Pests and Disease’. This provides an opportunity to recognise the significance of biosecurity, as well as highlight the steps we are taking to ensure Australia remains free of deadly pests and diseases. 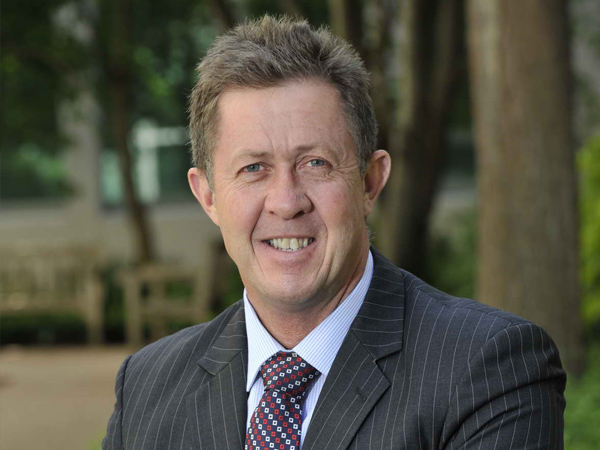 Through the Agricultural Competitiveness White Paper, the Coalition Government committed $200 million for biosecurity surveillance and analysis, to better target critical biosecurity risks. Effective biosecurity protects agricultural industries and the community from exotic pests and diseases, and supports our access to overseas markets.

Also under the Agricultural Competitiveness White Paper, we have committed a further
$50 million to improve the tools, technologies, skills and knowledge that farmers and the community need to tackle established pest animals and weeds.

This has so far included $22.5 million provided to states and territories for projects to help landholders manage key agricultural pests, such as wild dogs, foxes and feral pigs, as well as various damaging weeds.  It has also included $10 million for the development of new or improved tools or technologies to control established pest animals and weeds through the Control Tools and Technologies for Established Pest Animals and Weeds Grants Programme.

$25.8 million is being provided over four years to fight pests in drought affected areas, to support those that are still working through tough times across Queensland, New South Wales, Victoria, South Australia and Western Australia.

We also announced a $6.2 million grant to the Rural Industries Research and Development Corporation (RIRDC) to research new ways of stamping out weeds that hurt agricultural profitability. This project will target ten pest weed species that collectively cost our agriculture sector more than $400 million each year.

A range of funding has been provided to help us tackle specific pests of significance for Australian agriculture. We are helping fund the national eradication plan for Red Imported Fire Ants (RIFA) and at the Agriculture Minister’s Forum in May next year, we will be considering an enhanced 10-year $380 million RIFA eradication plan.

As part of the Government’s $1.2 million commitment to assist with the research and development of new rabbit control methods, a new rabbit eradication virus will be trialed this year at more than 600 sites across Australia. The combined effect of previous rabbit biocontrols has kept the wild rabbit population to about 15 percent of potential numbers, which is thought to have been as high as 10 billion rabbits in the 1920’s.

Wild dogs cost Australia’s agricultural sector as much as $66 million per year through livestock losses, disease transmission and control costs. To help farmers manage this threat, $1.63 million has been invested in the National Wild Dog Action Plan and more than $1 million has been allocated to develop and test early warning systems to ensure pre-emptive action can be taken when dogs enter a farm.

We have concluded public consultation on the revised Australian Pest Animal Strategy and Australian Weeds Strategy. Feedback received will help inform the revised strategy, which will be released in early 2017 and will shape the way we manage pest animal and weeds into the future.

All of these initiatives support and align with the objectives of the National Landcare Programme, and the Australian Government continues to remain committed to helping the Programme meet its objectives.

An additional $100 million in funding was recently announced to support the programme over the next four years. We have also commenced a review of the current Programme and have received input from key stakeholders and community members to help inform the design of the new National Landcare Programme, which will commence in July 2018.

For more information, I encourage you to visit www.nrm.gov.au/national-landcare-programme/public-consultation-review.

← A wild dog’s diet in peri-urban Australia – not what you expect! →
All articles
← Looking ahead to an eventful year in Landcare →