The hotly anticipated winner of the Bob Hawke Landcare Award was announced on 22 September, at the National Landcare Awards in Melbourne, with the prestigious honour going to Queensland conservationist and farmer, Stephen Burgess.

The award comes with a $50,000 prize for Steve to further develop his knowledge and skills in Landcare and sustainable land management practices. Steve wasn’t there to pick up his award in person, as he was recovering from recent open-heart surgery, but told Landcare in Focus that it came with “a fair bit of surprise,” and he sees it as a great chance to publicise the spectacular work that people are doing in Landcare.

Growing up on a farm in Queensland, Steve has always been passionate about Australia’s beautiful landscape and countryside, and is still an avid bushwalker to this day. He spent years working in Western Australia as an agriculture scientist before returning to Queensland 20 years ago and developing his own property in the Mary Valley, Wurraglen Farm, that combines sustainable market farming, light grazing and management of a nature refuge. 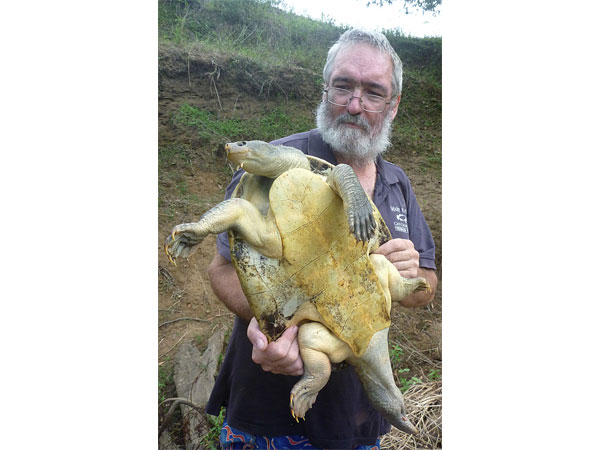 Steve plans to use the prize money to look at systems that are in place for small-scale agriculture production, particularly in horticulture. “That’s the way we are set up in the Mary Valley, with just small patches of good soil due to the way the landscape is,” Steve said. “The challenge is trying to find a way to manage that landscape in the current economic system.”

Steve says he’s eager about the prospect of doing more for the agriculture sector now that he’s won. “I don’t think we have an agriculture system that works yet here in Australia.” Steve said. “The more people we get trying new things, the better chance we have at getting a system that works economically and socially, and looks after the environment and soil,” he said.

Working as a high school teacher for 10 years, Steve finds particular satisfaction in getting kids and young people interested in looking after the land. “When that light goes on in a kid’s brain, of valuing the natural environment, then that’s with them as a spark for life,” he said. “It means that when they’re an adult, they might remember values of the natural environment and make better decisions.”

He says he finds it difficult to give advice to young people interested in farming, because he thinks it’s the most difficult occupation that a young person could take on. But if they’re keen?

“Just get out there and do it.”