The Australian environment needs your help.

There are hundreds of projects we help fund every year which focus on; sustainable agriculture, natural resource management, revegetation, wetland conservation and endangered species habitat protection, just to name a few.

But there’s a lot more we’d like to do.

Our biggest challenge isn’t the number of projects to choose from, but rather finding enough funding to help support as many important projects as we can.

The projects we fund involve much more than just pulling weeds and planting trees. Landcare groups work hard to protect the natural environment that sustains all Australians.

Our role is to ensure that we protect and nurture our vulnerable ecosystems, biodiversity, and habitats. Most importantly, it’s vital that we safeguard our diverse and dynamic ecological uniqueness for the survival of our many threatened and endangered Australian species.

Under the Environment Protection and Biodiversity Conservation Act 1999, the brush-tailed rock-wallaby is classified as vulnerable, with an endangered status in New South Wales, and a threatened status in Victoria.

These beautiful unique marsupials can be found around the rocky outcrops and cliff ledges in rugged and steep country near the east coast of Australia. Of the 15 species of rock-wallabies in Australia, most have disappeared from their original range and are now considered threatened.

Life has not been kind to our furry friend.

The habitat of the brush-tailed rock-wallaby has been significantly affected by clearing of native vegetation, weed encroachment, and extreme weather conditions including drought, fire and floods.

In addition, the establishment of invasive animals including foxes and feral cats in the natural habitat of the brush-tailed rock-wallaby has had a major impact on their survival and has contributed to their alarming decline across many regions.

Here in Australia, we are truly lucky to be home to some very unique animals that much of the world is envious of, however, we are also a country where we have the highest extinction rates on the planet.

We currently have 425 species of animals and 1,257 species of plants listed on the national threatened species list.

With your support, we could reduce this number. The more we are able to raise, the more projects we will be able to fund to safeguard the future of vulnerable and endangered species like the brush-tailed rock-wallaby.

Significant projects that were made possible through your funding: Innovative fungus trials to save the WA agriculture industry ($15,000)

In the effort to control parkinsonia (a weed of national significance) along the De Grey River in Western Australia, new technologies using native Australian fungi are being trialled. The fungus is injected into the parkinsonia plant, killing it and neighbouring plants without affecting the environment and surrounding pasture land for cattle. 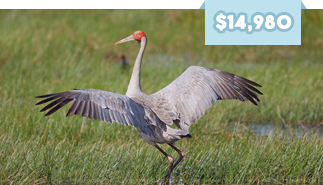 Brolgas, which are large grey cranes with a featherless red head and grey crown, are classified as vulnerable in New South Wales, South Australia and Victoria, heavily impacted by agriculture, weeds and predators. With over 40 brolgas gathering at Pink Lake every year for mating, the Lismore Land Protection Group have developed a project plan to; fence the lakes, eradicate rabbits and control foxes using baiting, and control and remove weeds from the harbour to help protect the future of brolgas. 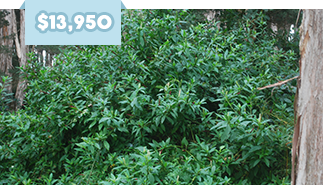 Inkweed has started to become an issue on King Island and it has started to spread in local habitats, impacting endangered species and their agriculture industry. Your funds will help start this vital project and eradicate this weed from the island before it becomes an infestation that could cripple the whole industry and impact the food we eat. 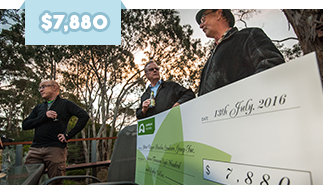 The Sturt Upper Reaches Landcare Group have identified an opportunity to improve the habitat of the endangered southern brown bandicoot, which is classified as vulnerable in areas across the Central Hills of South Australia. The group will increase the links between bandicoot breeding areas in order to protect movement of bandicoots between isolated sub-populations, allowing breeding of these species to occur.