There are no words to describe to you the extent of devastation humans, urbanisation and feral animals have had on our natural environment and the habitats of our native Aussie species.

The environmental degradation since colonisation has been huge.

You have most likely seen it for yourself: the destruction of the natural environment around you or the loss of Aussie species in your local area.

Now imagine yourself as a Landcare volunteer who is passionate about this country’s natural environment. How would you feel?

You may feel angry, sad, disappointed or even helpless. Every day our volunteers face challenges as they give their all to reverse the damage already done.

Sadly, there are Landcare volunteers who are struggling to complete their projects due to a lack of funding. 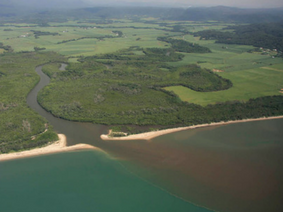 Landcare volunteers need your help to reverse the damage already done. Make a special contribution today so we can fund projects and volunteers in the Landcare community. Your contribution will take us closer to our goal of reversing the damage done to our natural environment and the habitats of our Aussie species.

How your special contribution can make a difference

$35 can help support Landcare volunteers revegetate degraded habitats so that Aussie species can once again thrive.

$70 can help support Landcare volunteers plant corridors so that Aussie species can feel safe from drivers on the road.

$100 can help Landcare volunteers control feral animals such as foxes and dogs and protect our Aussie species from these attacks.

Why we need your help

Funding for Landcare community groups is at an all-time low and it has been challenging.

There is so much work to be done – especially now – with so many new species being listed as vulnerable or endangered.

Saving the cassowaries and the Great Barrier Reef

Brett and the volunteers from his Landcare group do more than just plant trees. Their passion goes beyond that. They know they will not see the trees grow within their lifetime, but they want to ensure future generations can experience a rainforest in all its beauty.

Rebuilding the rainforest has a bigger impact. By connecting fragmented habitats, the cassowary will have a greater chance of survival and their numbers will increase in the area. In addition, other species who rely on the gentle balance of nature – such as the mahogany glider, quolls, and butterflies – will also have a better chance of survival.

Each animal plays a very important part in the ecosystem.

Brett’s team has a goal of planting 20,000 trees to reduce sedimentation flow into nearby creeks. These creeks run into the Coral Sea, impacting our treasured Great Barrier Reef.

Koalas are adored by just about everyone, especially tourists. But they are struggling to survive because their habitat is rapidly being destroyed as trees are removed to make way for high-rise buildings. Estelle’s group are trying to regenerate what bushland there is left to make it koala-friendly.

The urban creeks in Port Macquarie are the arteries of our living environment. When Landcare started rejuvenating them, they were clogged with weeds.

In the koala corridor, the koalas could not get to some of their food trees because lantana blocked the way. The site was poorly connected to other bushland, so it needed eucalypt trees of the right species to help the koalas to survive.

The koala corridor is very steep and rushing stormwater had badly eroded it, threatening the stability of the reserve and adjoining properties. It was at the top of a catchment and had transforming weeds. Estelle’s group saw an opportunity to fix the erosion and stop the weeds washing down into our regenerating bushland downstream.

The koalas didn’t have trees, so the group needed to plant more trees to ensure their survival. The corridor had been so degraded. Something had to be done or the koalas would starve to death.

This is a continuous job for many years to come and our concern now is that we won’t have funding for it in the future.

Your special contribution will make an enormous difference.

Your contribution will take us closer to our goal of reversing the damage to our natural environment and the habitats of our Aussie species by supporting the projects of Landcare community groups.