a2 Milk™ Sustainable Agriculture Landcare grants support farmers by helping them invest in the infrastructure and land management needed to improve the sustainability of their operations.

Grant projects that receive funding must enhance the sustainability of certified a2 Milk™ dairy farm operations and focus on one or more key priority areas.  Animal welfare and land management are two key priorities.

In the 2019/20 grants round, two farmers on the Mid North Coast of NSW were supported with grant funding to build infrastructure that led to better herd health as well as helping prevent soil erosion and nutrient run off. This case study showcases their investment and the outcomes that helped make their herds happier and healthier. Mark Perry with his dairy herd at Perryview on NSW Mid-North Coast.

Mark Perry operates his dairy on the beautiful Mid North Coast of NSW, an area known for its pristine environment and dairy herds. The region also has a high annual rainfall of 2,000mL, which keeps the pastures lush but creates a headache for Mark as the laneways quickly turn to boggy mud that is made worse with the traffic of his 150 milkers. Not only was it difficult to walk in for the cattle and the workers, but it also caused problems for the health of the herd with cattle getting mastitis and poor hoof health.

The solution to this issue was to pave and fence the laneways so cattle could readily move between the pastures and the milking shed.  An a2 Milk™ Sustainable Agriculture Landcare Grant funded the project.

The cement paving gave the animals a much easier and cleaner run regardless of the conditions. Mark said he chose cement over gravel because it “stood up better” due to the area’s high rainfall.

“Operating a dairy in river country [the Bellingen River flows through the property] it doesn’t matter how much gravel you put down because the high rainfall the gravel doesn’t stay in place long,” Mark said.

By mid-2020, the concreting was complete, and the majority of the lanes fenced. Despite the rainfall, the cattle laneway provides a clean walkway for the cattle, which pays off with significantly fewer cases of mastitis and fungal infection in their hooves.  “With the health of our cows now improved, we don’t need to take as many cows out of the milking herd,” said Mark.

Mark adds the dairy’s productivity has also improved as cattle can easily walk between pastures and the milk shed, plus it’s easier for workers to move them.  The new laneway has improved the welfare of the herd and the workers.

With the laneway concreted and fenced, there is less erosion in the laneway and nutrient run-off, which has been an environmental benefit overall. Leo Cleary’s 120ha dairy farm, Hastings Park on the NSW Mid North Coast is a family operation firmly focused on the big picture. The Cleary’s ethos is to create a sustainable operation both environmentally, financially and for the welfare of the herd and their team of workers.

The Clearys wanted to improve the area where the cattle were fed outside the dairy shed. The family invested in a feed pad that consisted of a concrete floor and a series of drains that collected water runoff used to clean down the pad. The set-up also had a waste trap to filter out the manure so the water could be used for the next clean.

Leo received a 2019-2020 a2 Milk™ Sustainable Agriculture Landcare Grant to purchase a solar water pump to connect into the system so that the water needed would not rely heavily on on-grid power.

The concrete feed pad has delivered environmental benefits as cattle no longer churn the ground outside the milking shed. The operation has significantly cut down the water drawn from the river.

“The recycled water used to wash down cut the amount of drawn down from the river [that runs through the property] by 50,000 litres per day,” Leo said.

The collected manure is used as fertiliser spread on the pastures cutting down their need for chemical fertiliser.

The system has been in operation since late 2019, and Leo explains he relies on the agronomist and soil test analysis when making decisions about fertiliser application. Still, he is happy with the results so far.

As a family farm, Leo said they work sustainability into all aspects of the business to pass the farm on from one generation to the next. 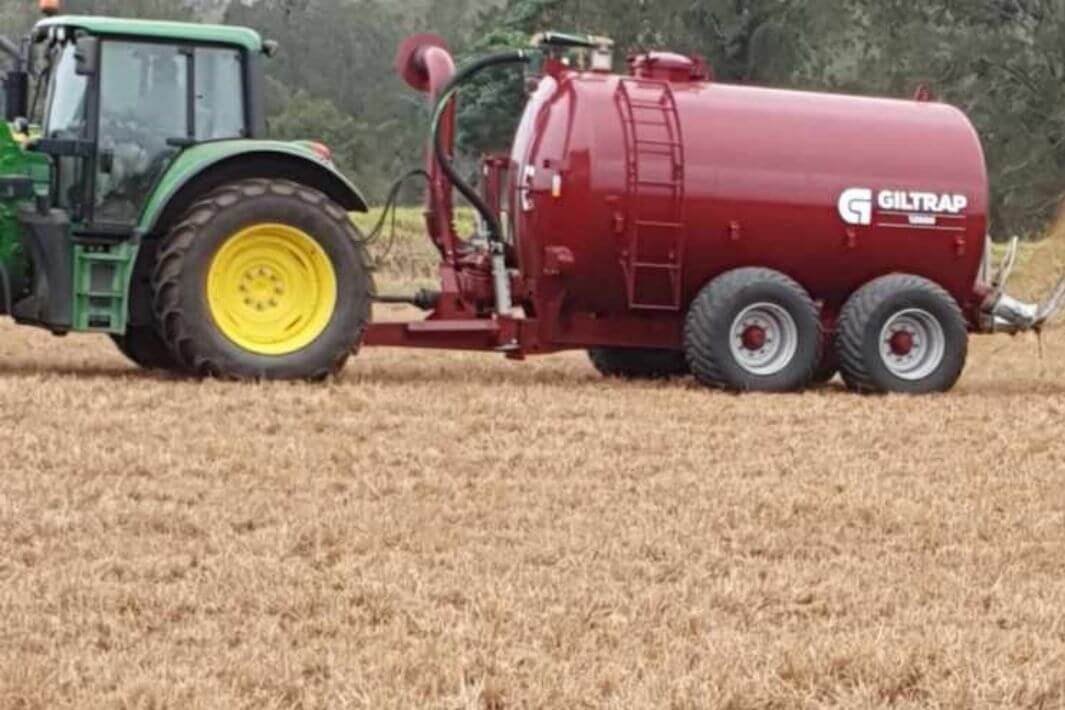