Last year, Lion and Landcare Australia ran the popular funding program once again, awarding grants to 10 dairy farmers to help improve sustainability on their farms. Close to $100,000 in funding helped these farmers implement initiatives to tackle some of the most common issues faced across the industry. The solutions funded include the increased use of solar power, installation of energy saving equipment, recycling of waste water, and revegetation projects. 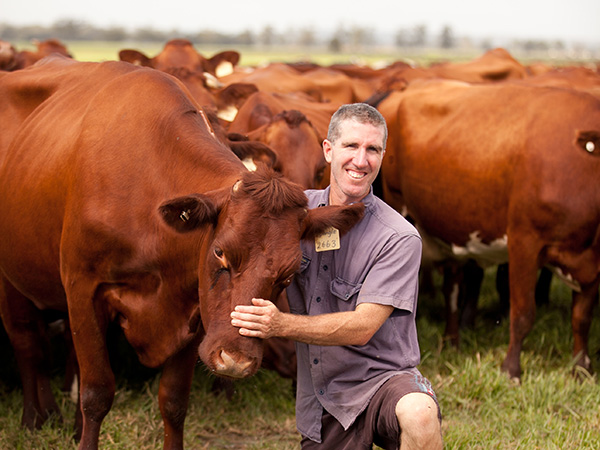 Sam Graham, Beaulands, is seeing the 25 per cent increase in energy costs negated by the introduction of a heat recovery system.

“We are really proud to be partnering with Landcare to offer our farmers the tools and resources to address some of the ongoing environmental challenges in the dairy industry. The Lion Dairy Pride Landcare Grants Program attracted some fantastic entries last year and a number of successful projects were funded.

“We were really encouraged to see that the projects achieved some great environmental outcomes with many of them also delivering sustainable cost reductions too.”

Citing a range of ongoing challenges including increasing costs, electricity outages and difficulties maintaining productivity during drought periods, the grant recipients have already started to see positive results from the projects.  A range of benefits have been reported, including a reduction in energy bills, improvements in the efficiency of operations, lower emissions, and reduced labour and maintenance costs.

It has been estimated that the installation of 544 energy-efficient devices, such as heat recovery units, LED bulbs and variable speeds drives, has produced average energy savings of 8 percent across the projects since being implemented.

One popular initiative across a number of grant recipients was the installation of heat recovery systems, which reuse heat from milk cooling systems to heat water for cleaning and sterilising. This reduces energy costs, with Sam Graham (pictured) from New South Wales dairy farm, Beaulands, seeing the 25 percent increase in energy costs negated by the introduction of this system.

Variable speed drives (VSD) were also deemed successful when it came to reducing energy use as they adjust speed and power consumption to meet the varying demands of milking. As well as energy saving benefits, Charlie Maier, who runs a dairy farm on Queensland’s Atherton Tablelands with his wife, Elisabeth, estimates that the VSD will pay for itself within a two to three year period and makes the dairy a much quieter and more comfortable place to work.

In Northern Victoria, Steven and Deanne Hore manage dairy farm, Elmar, which produces more than 3.3 million litres of milk annually through 400 Holstein cows. As with all dairy enterprises, energy usage is high because of the equipment needed for operations. The Hores have addressed this issue by installing 84 solar panels on the dairy shed.

When excess power is generated, it is sold back to the grid, and the Hores have found that they don’t have to draw from the grid during peak times. The initial installation of 76 panels took $500-$550 a month off the power bill and it is expected to drop by a further $200 with the extra eight panels funded through the Lion Dairy Pride Landcare Grant.   In the future, Steven and Deanne plan to have batteries to store power, rather than putting it back into the grid.