Twelve winning Landcare projects were announced last night at the National Landcare Awards in Melbourne, and over 600 Landcarers from across the country came together to celebrate impressive achievements in the Landcare community.

The farm, run by Jeff Pow and Michelle McManus, came out on top among all 69 national finalists by receiving the most votes from the Australian public in an online poll in the lead-up to last night’s award ceremony. Jeff was stunned to win this esteemed award. “When we started to farm this way, and do it from a values-based approach, on the first day we produced our first chickens we had an instant customer-base. People flocked to us, from social media, from word-of-mouth. That’s the power of a community-based approach. We wanted to produce food in a way that did so much more for the environment and the people,” Jeff said. “Humans have a role as creative agents to bring about change. That’s our job in the ecosystem.”

The prestigious Bob Hawke Landcare Award that comes with a $50,000 prize was won by Queensland farmer Stephen Burgess, who runs a property combining sustainable agriculture, light grazing and a nature refuge. Unfortunately, Stephen was unable to personally accept his award following recent open-heart surgery but his long-time friend, Glenda Pickersgill, was there on his behalf.

“He’s the most brilliant man, with knowledge and sharing and caring for his community,” Glenda said. “I think it will be so special for him to be honoured for all the volunteer work that he’s done. It’s a wonderful thing at this stage in his life to be recognised for this. I think awards like this encourage, share, educate, and motivate others to follow in his footsteps.”

Assistant Minister to the Deputy Prime Minister, the Hon. Luke Hartsuyker MP, was on hand to present the Australian Government sponsored Awards, while Victorian Minister for Energy, Environment and Climate Change, the Hon. Lily D’Ambrosio MP, presented the Coastcare Award.

The awards were part of the three-day biennial National Landcare Conference that was held in Victoria this year, honouring the state as the birthplace of the national Landcare movement 30 years ago.

The Conference kicked off on Wednesday with 11 field trips showcasing some of Victoria’s best Landcare projects, including a visit to Main Ridge Dairy on the Mornington Peninsula, where 180 goats sit on 130 acres, and a visit to Kinglake to learn about fire recovery around the area.

Thursday saw ABC Gardening Australia’s Costa Georgiadis take the stage as MC and ex-Governor General and National Soil Advocate, Major General the Hon. Michael Jeffery, addressing delegates with a speech entitled Save the Soil; Save the

Planet, where he called for collective action on soil health, saying that “the declining health of our soil should be seen as a responsibility for the whole population.”

“This is the only time that the Landcare community congregates in one place and is able to learn about the latest innovations together and celebrate the many significant Landcare achievements since the last conference,” Tessa said. “The award winners represent the very best of the best in the Landcare community and we commend their hard work and passion for Landcaring,” she said.

Full winners and finalists case studies and photos by category are available at nationallandcareconference.org.au/awards 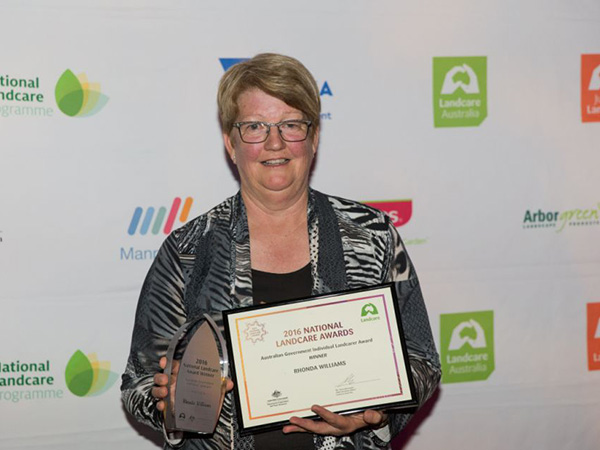 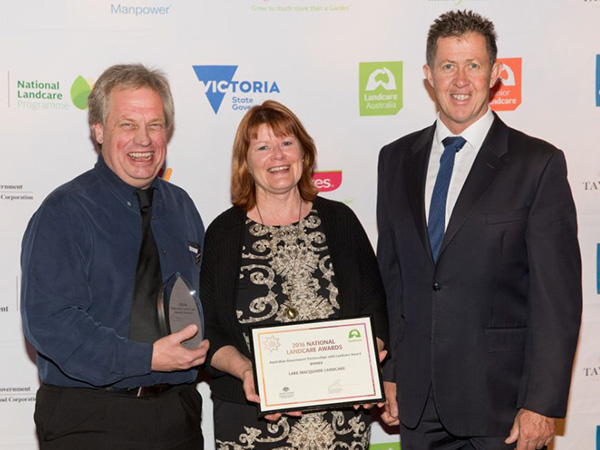 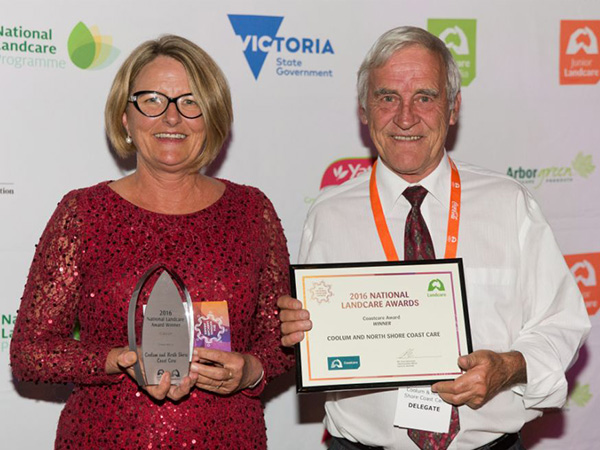 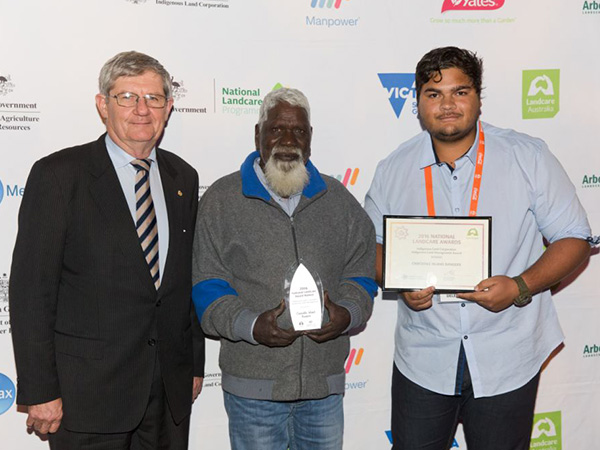 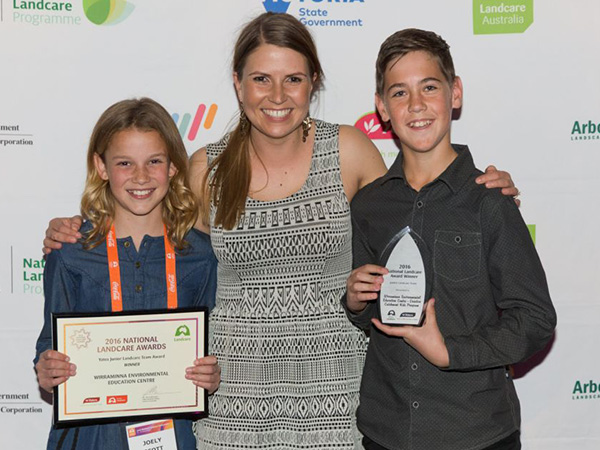 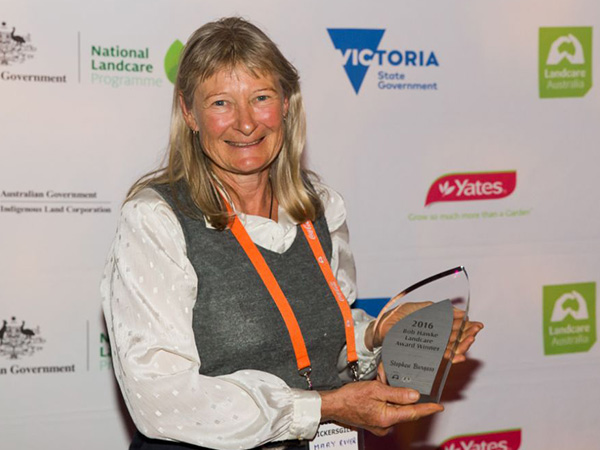 (Pictured is Glenda Pickersgill, who accepted the award on his behalf)
Bob Hawke Landcare Award 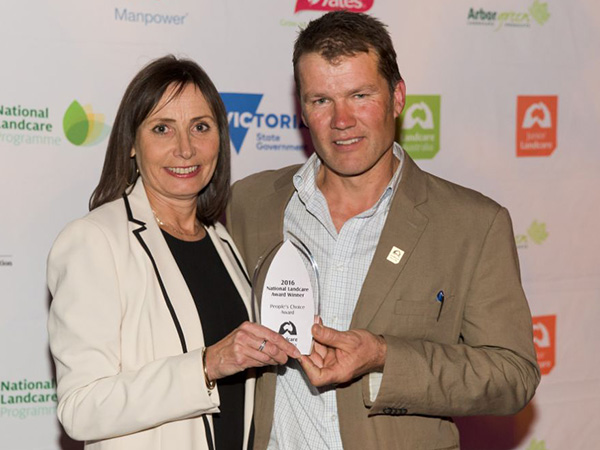