From an impenetrable forest of weeds containing 22 noxious species to a native bushland with 64,000 native plants now flourishing – the M2 Macquarie Park Motorscapes site has gone through a dramatic transformation. The restoration works have improved the biodiversity values and visual amenity to the Motorscapes site and the surrounding bushland environment.

This major bush regeneration project in Sydney took place on a five-hectare site, at Macquarie Park. The site sits between the Hills M2 Motorway and Lane Cove National Park, with Shrimptons and Industrial Creeks at either end, draining into the Lane Cove River.

Landcare Australia’s conservation works surrounded the cultural installation Kinetica which represents iconic vegetation species of Sydney’s sandstone bushland communities. The project is now a catalyst to increase community awareness about managing bushland at the urban interfaces. It is part of Transurban’s roadside regeneration program, an initiative taking a fresh approach to how unused land beside Transurban’s roads can be transformed to benefit communities and the surrounding environment. The M2 Macquarie Park Motorscapes project is the second in a series undertaken by Landcare Australia through its partnership with Transurban. Initial vegetation surveys found noxious weeds dominating the flora in much of the site. The site also proved a major source of ongoing weed infestation for the neighbouring Lane Cove National Park. The riparian zones of both creeks were severely degraded by woody weeds and an understorey of exotic ground covers. Their banks were undercut and badly eroded, and the creeks were carrying gross pollutants and contaminants from upstream of the site. The task at hand was a mammoth one.

The riparian (Creekline) and aquatic habitat of Shrimpton’s and Industrial Creeks have been improved by stabilising the banks with sandstone boulders to reduce erosion and sediment transport downstream. Litter traps have also been installed on each creek to limit contaminants being carried downstream into the Lane Cove River and National Park.

The facts and figures from the regeneration process are impressive:

Flora and fauna surveys conducted in June 2017 and 2018 were used to compare with the original baseline assessment. The follow-up surveys show a significant increase in the ecological value of the site as a direct result of the project works. One example of this can be seen at Industrial Creek where the area has been eradicated of introduced flora species, and a total of 5,000 native seedlings were planted to reinstate the natural ecosystem.

Landcare Australia’s expertise in rehabilitation has significantly enriched the sites biodiversity and compliments that of the adjoining national park, highlights include:

Ongoing, intensive maintenance by a committed bush regeneration team is essential to ensure the continued rehabilitation of the site and prevent a reversal of weed dominance. Ongoing work in the background is being undertaken by Landcare Australia to help the native bushland thrive, creating a valuable ecological buffer between the motorway and Lane Cove National Park.

In addition to the M2 Macquarie Park Motorscapes Project, Transurban has funded a series of major regeneration projects in partnership with Landcare Australia.  These projects aim to improve native habitat, engage local communities and improve the visual amenity of areas adjacent to vital transport corridor projects in major cities. These projects are:

Hover over images to view the before and after transformation 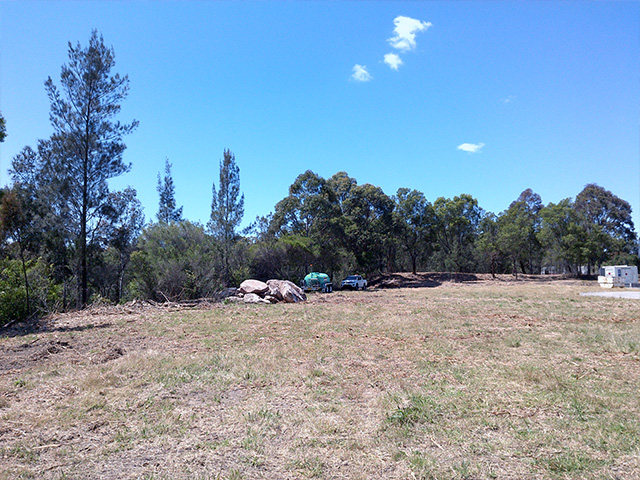