In the future, many livestock farmers may be left between a rock and a hard place in terms of making decisions for pasture management in light of the changing climate. However, there are a range of adaptation options that farmers could start implementing now, where the costs and returns are favourable.

With the ongoing increase in temperatures and heatwaves in southern Australia, ryegrass pastures will decrease in productivity, except in the colder areas. 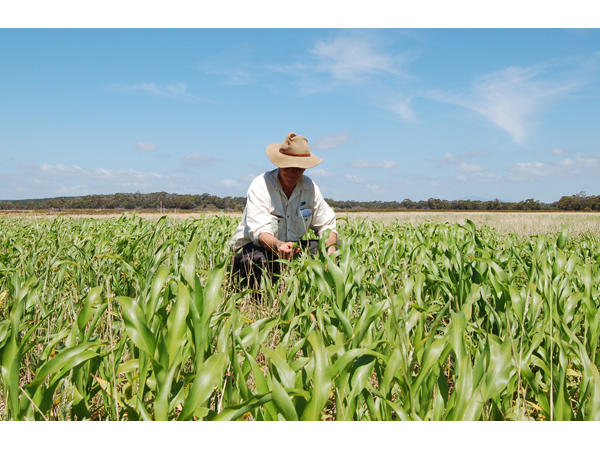 “As more information comes out, this will help in making decisions,” Adrian said. “Many farmers will need to consider changing ryegrass cultivars or using more heat-tolerant grasses, clovers and forbs such as cocksfoot, phalaris, bromes, medics, lucerne and chicory.

“C4 plants like kikuyu and millet will become a more integral part of feed during warmer times, both as pasture and stored fodder.

“Despite their lower palatability compared with C3 grasses, farmers’ requirements for higher heat tolerance and water use efficiency will increase their usefulness.”

Various studies have predicted and demonstrated changes to seasonal rainfall patterns, though these vary depending on location. One broad trend is increased summer rainfall and reduced autumn rain. Again, heat-tolerant pastures will help, particularly those adapted to summer rain such as red clover and C4 grasses.

Growing and storing more fodder is another option, particularly where autumn feed availability is critical. Confinement feeding combines well with this, both to rest stressed pastures and reduce fodder wastage.

Peter Sattler, a beef producer from the north coast of Tasmania, said C4 grasses were an option worth exploring.

“In this transition period, we don’t know whether it will get hotter and wetter or hotter and drier, so using C4 grasses and fodder crops is a good way to cope with the unpredictability,” Peter said.

One of the more observable changes is the increased intensity of rainfall events. Maintaining good pasture cover is vital in protecting soil health and pasture composition when it really pours, otherwise the results will include erosion and weed infestation.

Putting more attention into soil fertility, stocking rates and grazing management is a good start in improving groundcover, but as the big dumps of rain often happen after a long dry spell, fodder storage and seasonal confinement feeding can also help.

Biosecurity is a big issue for landholders, and with climatic changes, various pests and diseases will change their geographic range. One example is a southward spread in unpalatable tropical grasses. The adaptation option is vigilance – landowners will need to keep an eye out and act quickly to stop incursions before they get out of hand.

As the concentration of carbon dioxide in the atmosphere increases, plants will find it easier to grow. This sounds great, but will be a very gradual process and the increase in carbon will need to be matched by an increase in other nutrients, especially nitrogen. To take advantage of this, farmers in the future will need to be good at growing and maintaining clovers or other legumes in pastures.

While this is a very brief introduction, there are readily available options for farmers. Many can be trialled on farm now and hopefully farmers can think about ways to be more adaptive in managing fodder supplies for their stock in the future.