Kate Kirk suspected too much fertiliser was being used on the Loch dairy farm she runs with her husband, Jason, but proving it was difficult until she completed a Dairy Australia Fert$mart course.

The farm’s paddocks had always received plenty of fertiliser to capitalise on the high rainfall and strong growth rates of the area. But Kate wondered about the effectiveness of the fertiliser regime and was determined to put some science behind the farm system.

“I knew we used a lot, but I didn’t think it was my place to say anything when I really didn’t know what I was talking about,” she said.

Her first step was to join a Fert$mart program that was being run in her local district. Fert$mart was developed by Dairy Australia to provide dairy farmers with appropriate knowledge and support to make good decisions about fertiliser application, and reduce nutrient runoff from their farms while maximising pasture growth. 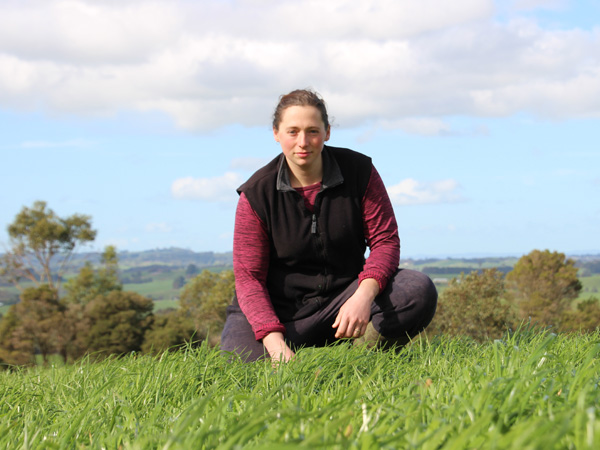 Fert$mart offers easy-to-follow planning steps to guide farmers and advisors in their decision-making. The Fert$mart planning cycle begins with a situation analysis, followed by a management plan, and then implementation of the plan. Ongoing monitoring and review are key components of the cycle.

More than 500 Australian dairy farmers – about 10 percent of the industry – have participated in Fert$mart programs. Independent evaluation found more than 80 percent of interviewed farmers said Fert$mart changed their attitude towards nutrient management, typically by making them more conscious of nutrient loads and only applying fertiliser where it’s needed. All participants reported intention to monitor nutrients into the future.

The basic doctrine of Fert$mart is that, by getting soil and fertiliser management “right”, farmers should be able to produce more feed at no extra cost.

Having done the Fert$mart course, Kate was able to identify where the farm’s fertiliser regime was effective and where it was a waste of time and money.

Effective effluent use is a key component of the Fert$mart program, with the Kirk’s seeing solid results from this. Kate said increasing the use of their effluent on paddocks had reduced fertiliser applications, which could then be utilised on areas of the farm that were not performing so well.

“It was a good way to move the nutrients to where they need to be rather than just putting on the same thing everywhere,” she said. “We also used lime instead of the fertiliser to neutralise some of the pH levels which has given us a lot more grass on paddocks that were not working as well.”

Efficient nutrient use is becoming increasingly important to dairy farmers as margins are squeezed from every direction. Pasture production depends on sound use of nutrients. If best results are to be achieved from fertiliser, it’s important to understand soil conditions and identify the constraints that could be limiting production.

It’s a win-win when farmers can improve their business outcomes while reducing the environmental effects of fertiliser applications.