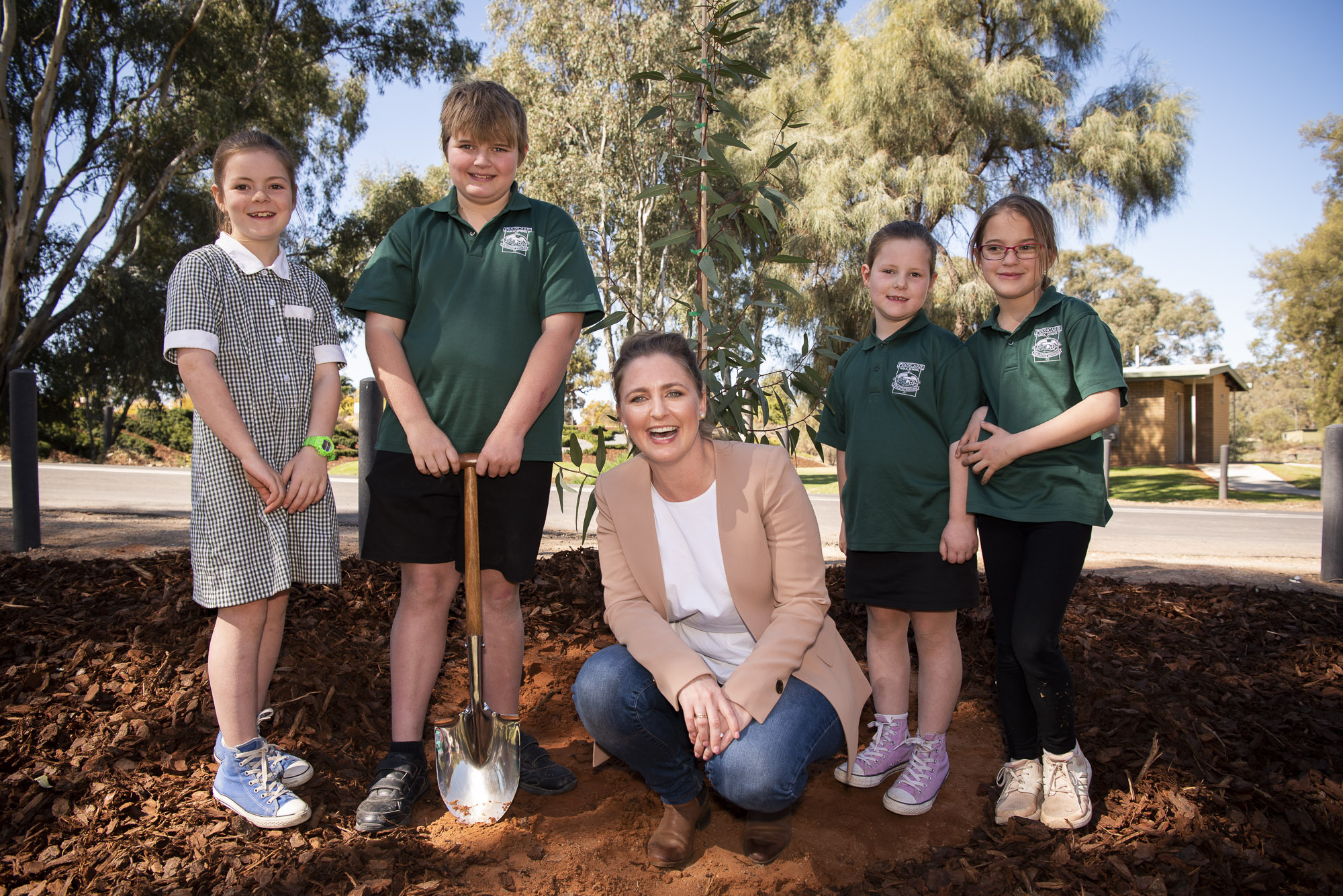 Thirty years ago on the riverbanks of Wentworth NSW, where the Darling meets the Murray, the late former Prime Minister Bob Hawke delivered his speech to launch the national formation of the Landcare movement. His iconic address marked an unprecedented union between farmers and conservationists coming together to form a national Landcare model to help protect the Australian landscape for future generations.

And retracing his steps to the same riverbanks at Wentworth on Tuesday morning during Landcare Week, his granddaughter and Landcare 30 Year Anniversary ambassador Sophie Taylor-Price honoured his ground-breaking address with a special tree-planting and unveiling of a commemorative historical sign.

‘Young people are more passionate than ever about the preservation of the environment, the Australian landscape, Indigenous culture and community wellbeing,’ Ms Taylor-Price said. ‘While Landcare offers everyone the opportunity to make a difference in their local community, we want to provide a platform specifically dedicated to the younger generations of Landcare and how getting involved with the national movement can positively develop their ideas and concepts to help protect the environment for the future.’

The Landcare Youth Summit will provide young people with an interactive platform to amplify their voice and opinions on how Landcare plays a leading role in changing Australia’s approach to sustainable agricultural practices, environmental protection, conservation of land and waterways, coastlines and biodiversity.

‘In my role as ambassador for 30 Years of Landcare, I am particularly focused on giving young people a means to channel their aspirations and frustrations into action and leadership. And the Landcare Youth Summit is a golden opportunity to hear and listen to their powerful roar.’

‘Landcare is a great example of the breadth of issues a sector like agriculture can offer those working in the sphere,’ Minister McKenzie said. ‘Agriculture is about more than agronomy and animal husbandry; it’s about caring for the land and ensuring it’s managed sustainably so that we can pass it on in good shape to the farmers of the future. That’s why this youth summit is an important initiative – we need to keep the fire alive.’

Meanwhile, Ms Taylor-Price added the Landcare Youth Summit will ensure the future of the grassroots movement, boasting over 6,000 groups nationwide and hundreds of thousands of volunteers.

‘At this spot in Wentworth, 30 years ago, my grandfather dedicated his State of the Environment address to the children of Australia and their ecologically sustainable future. And today, as we mark this significant milestone during Landcare Week, we are placing their future in their hands with the Landcare Youth Summit.’

Later this year in front of a small audience of school and university students and young professionals, the Landcare Youth Summit will deliver a series of addresses, panel discussions, presentations and special guest appearances to inspire and motivate the next generation of Landcarers.

Livestreamed via online and social media channels, registration will be through Landcare’s social platform app, Landcarer where young people can engage and interact with the summit from across the country.