For 12 years, Sam Graham and his father have managed their dairy farm on the New South Wales South coast where they have 800 Aussie Reds, 400 of those milked. The breed is ideally suited to the climate and produce a high protein milk.

While the cows are climatically well-suited, efficient breeders and produce quality milk, there was pressure coming from the electricity bills that came from running the dairy shed.

“Costs including wages and electricity, even grain prices, are going up so there is more and more of a squeeze on the income we derive from dairy.” Sam said.

Looking at the existing infrastructure, they tried to see where savings could be made. One of the systems operating in the shed was the gas-powered cooling unit that chilled water that was passed through plates in order to cool the milk from 40 degrees when it left the cow to 4 degrees when it is pumped into the vat.

The second was the hot water element used to boil the water needed to clean down and sterilise equipment to ensure milk was not contaminated. Both were vital for the operation but also expensive to run.

It turned out a cost saving solution was there all along – they needed to install a system that could capture the heat so they could reduce electricity usage. After reading about Lion Dairy Pride Landcare Grants online, Sam approached his Lion representative to find out more. His plan was the grant would allow him to invest in the equipment needed to upgrade and convert the heat energy.

“Leading into the grant application, I researched different systems that would work and could see there would be a real benefit for the operation.”

“Following our successful grant application, I installed the new system in the dairy and we are really happy with the result.” Sam said.

The gas used to cool the water down, which in turn cools the milk, is recaptured to heat the water up to 60 or 70 degrees and we are then using it to wash down the plant equipment.

“While the cows are out eating grass, the new exchange system is using the heat from the cooling unit to heat the water so it is ready for the next milking.” Sam adds. 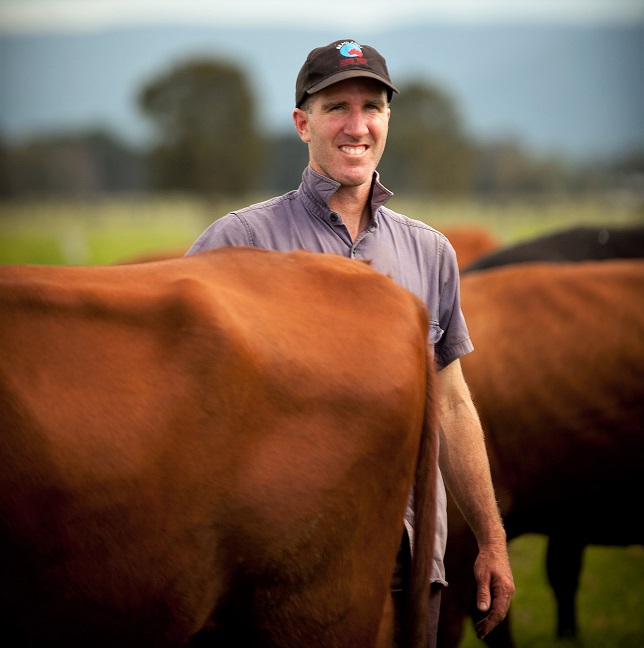 When they received the grant, the Grahams bought a 1000 litre vat to hold the hot water and an exchange system to capture the gas heat and divert the water into the vat system.

Installing the system in mid 2017 (at the time of the interview) Sam said it was effective in cleaning down and sterilising the equipment but was too soon to tell if it had made a significant impact on electricity costs.

Sam said that recent 25 percent increase in electricity has been cancelled out by the new system and is confident it will pay for itself over the medium to long term.

With the new system and going through the grant process, Sam is now looking for new ways to cut costs saying that “the grant was a good opportunity to make an investment in the farm to reduce cost of production.”